Plant a tree in memory of Kristine
An environmentally-friendly option 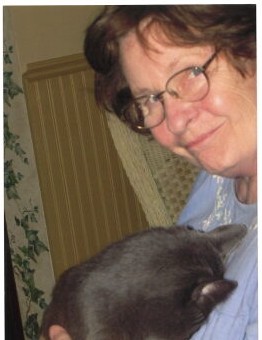 Kristine Emma Heyer Browne was born September 21, 1936 in Illinois to Clair and Hazel Heyer.  She graduated from Milledgeville High School in 1954. Kris attended Colorado College in Colorado Springs, Colorado and graduated with her bachelor’s degree in English from Washington University in St. Lewis in 1959. She married James McCrea on June 16, 1958 and settled with him in St. Lewis, Miss.  They moved to Colorado and had three children, Daniel McCrea, Elizabeth Adler, and Michael McCrea.  They were divorced in 1968. She taught elementary school and then earned her degree as a Licensed Practical Nurse. After working for several years in the field of nursing, she earned her Associates Degree in counseling. Later on in life, she completed a certificate as an interior decorator.

On June 8, 1985 she was united in marriage to Russell C. Browne in Snohomish, Illinois.  They lived in Illinois and then Washington State before moving to Tingley in 2012.

Kris was a member of the Tingley Christian Church. As a young woman, she skied the slopes of Colorado. She and Russell were avid fans of square and contra dancing.  She was a protector of small creatures and never turned away any animal in need. Her kitchen was always filled with her garden produce and canned goods.  She always had several sewing and knitting projects waiting to be completed, enjoyed photographing the beauty of Iowa, creating stenciled cards to sell at flea markets, and collected numerous pieces of furniture to refurbish.  One of her favorite hobbies was to go searching for unusual antiques with Russell. She played hand bells in church and recorders with Russell. She created beautiful quilts, knitted hats for a giving project in Seattle, loved to read classics, write letters, and cook for her family. During the last months of her life, she helped fill boxes of food from the garden to give to families in need.

Kristine passed away Monday, March 22, 2021 at her home in Tingley.  She was preceded in death by her parents; Claire and Hazel Heyer, stepmother Donna Heyer, and sister, Kathrine Crawford. Left to cherish her memory are her husband, Russell Browne of Tingley, Iowa, her three children, Elizabeth Adler of Fort Collins, Colorado, Michael McCrea of Boulder,  Colorado, and Daniel McCrea of Snoqualmie, Washington; grandchildren David McCrea, Robert Adler, Gabriella Adler, Sara McCrea, and Cameron McCrea. May she rest in peace.

Plant a tree in memory of Kristine by clicking here.
To send flowers to Kristine's family, please visit our floral store.

Plant a tree in memory of Kristine
An environmentally-friendly option

Plant a tree in memory of Kristine

1 tree planted in memory of Kristine

A Memorial Tree was planted for Kristine Browne

Plant a tree in memory of Kristine