Robert Dudley Martin, 81, son of Ila Fern (Brown) Martin and Albert M. Martin was born September 1, 1932 in rural Tingley, Iowa. Bob passed away in Mount Ayr, Iowa on May 5th, 2014 after a heroic battle with cancer, with his family at his side.

Bob attended country school; kindergarten through 8th grade, then attended Mount Ayr Community School where he graduated in 1950. He then enlisted in the Army in 1952 and served until 1954 in the Korean War.

In 1955 he married Verna Mae Dillenburg. To this union three daughters were born: Peggy Lee, Barbara Jean, and Beth Ann. There are five family members carrying on the Robert name.

Some of Bob's favorite past times were fishing, County Fair, spending time with his grandkids and great grandkids, and just hanging out with his brother Howard.

To plant memorial trees or send flowers to the family in memory of Robert Martin, please visit our flower store.

Our thoughts and prayers go out to the each of you. We are sorry for you loss, he will be missed by many.

Our sincere sympathy to the family on the loss of your loved one. May memories of the many good times spent together sustain you now and in the days and years ahead.

So sorry to hear of your loss. Our thoughts and prayers are with all of you at this difficult time.

Verna,Peggy,Barb,Beth, and family
So sorry for your loss. Bob will be missed by a lot of people. Take all your memories made with him and hold them close to you to help you get through this difficult time. Thoughts and prayers for all. 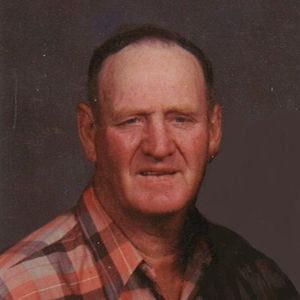