Raymond Edward "Ray" Uresk was born on July 9, 1951 to Raymond D. and Marguerite (Marks) Uresk in Kingston, New York.
Ray joined the United States Air Force in 1971 and was honorably discharged in 1974. During his service he married Shirlene Love and they settled in Cheyenne, Wyoming. To this marriage, there were three children; Teri, Dia, and Jason.

In 1987 Ray married Gerri, and together they raised his children along with her two, Jennifer and Bob Taylor.

Throughout his life, Ray enjoyed working in the sheet metal trade and passing on his knowledge to others.

Ray and Gerri also enjoyed camping in the mountains of Wyoming and Colorado with their friends and family, often eating the fish they caught in the river.

Ray was a true lover of sports his whole life. He played many sports in his younger years, such as basketball and baseball. He coached Little League when his children were young, and even longer afterwards because he enjoyed it so much. There was always a game on his TV, especially if his Broncos or Rockies were playing.

Anybody who knew Ray knew that he and music were one. He loved it loud, and it didn't matter the genre. Turning down his music was the easiest way to upset him, so obviously Gerri was the only one brave enough to do it and survive. A true testament to their love! Many summer afternoons, you could find him out on the porch, music blaring and a cold drink in hand.

Ray and Gerri moved to Iowa in 2009 to be closer to her children and mother, Becky Caldwell, and their many grandkids. He was very proud of his grandkids and their accomplishments, and all the great-grandkids that followed.

Ray passed away on June 4 at Mercy Hospital in Des Moines.

He was preceded in death by his father, daughter Teri Uresk, and son Bob Taylor.

Private services will be held at a later date.

To plant memorial trees or send flowers to the family in memory of Ray Uresk, please visit our flower store.

I will miss you so much Dad. You taught me so much, even though you thought I never listened. My love of music definitely comes from you. Gerri he couldn''t have met a nicer person, so glad you are part of our family!

Ray was my Air Force sponsor when I was assigned to FE Warren in Cheyenne, WY in 1972. He was always working a second job and had little time for social things. I thought a lot of Ray and while we didn''t stay in close contact, we saw each other over the years since I always gave any sheet metal or HVAC work to him no matter where he worked and because we remained in Cheyenne after the AF. I thought of him often and always wondered how he and his were doing. My best to his wife Gerrie and his kids that remain in Cheyenne. He died way too soon and I miss him.

Ray,
You will be greatly missed. Rest in Pease.
Your H.S. Buddy,
Pete Serdienis

Geri, You are in my thoughts and prayers.

How sad this news was to me hearing about my childhood friend, Raymond, passing. I have many fond memories of our friendship together when we were young boys growing up in Tillson, NY. What stands out in my mind most is how great a baseball player Ray was. I was in awe at the way he could throw and hit a baseball. He loved the game so much that it''s no wonder he coached young people who enjoyed the sport.

My prayers are with Ray and his family in the very difficult time. The sadness sometimes is so overwhelming that you lose sight of the big picture, that he''s with his maker. May he have eternal peace in Paradise and may his memory be eternal.

As teenagers Ray and I had many fun times. After working an evening shift changing tires at Montgomery Ward, I would stop at Kentucky Fried Chicken, where Ray was the night manager. After doing a quick mop job of a very greasy floor and packing up a couple buckets of chicken we would be off for a fun night on the town.
Ray was a great guy to be around and I will never forget the times we shared. I am so glad that I got to see him recently at a reunion in Tillson.
My condolences to family and friends.

Gerri----I am so very sorry for your loss. Ray was quite a guy......always enjoyed talking to him. You never knew what he was going to say! Thoughts and prayers.

Geri, I am so sorry for your loss. Ray you wanted everyone to think you were big and tough, when we all knew yo were just a soft hearted Teddy Bear. When John got sick you never quit coming down to see him. You and John shared the love of music. John always looked forward to your visits. The last few days for John you were there for him, giving him strength to face the next day. After John passed away you and Geri came down to help my family and I through some very dark days. Mr. Ray you will always be a true friend. RIP See you later. 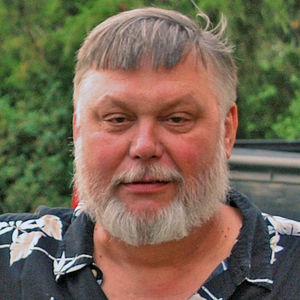