She attended school in Eagle Grove. Patricia married Herbert Dwain Callies on June 6, 1962 in Miami, OK. In 1972, the family moved from Kansas City, MO to a farm southeast of Clearfield where Dwain farmed and raised cattle in addition to his excavating business. Patricia was a farm wife, had in home child care and was a nurse aide at the Clearview Home in Clearfield. She always had a meal for anyone that stopped by and loved spending time with her family.
Patricia passed away May 22, 2015 at the Hospice House in Creston.

Patricia was preceded in death by her parents; husband Dwain; sisters Margaret Ford and Barb Hansen.

Memorials may be made to the Food Pantry in Clearfield.

To plant memorial trees or send flowers to the family in memory of Patricia Callies, please visit our flower store.

Pat was a 2nd Mom to me when I ran around with Karen, Franki, and Gina. And then she helped watch my kids! She was always there to tell you how it really was! I will miss her sense of humor and hope Duane was ready for her! They were so funny together! I pray that your pain will get a little better every day. 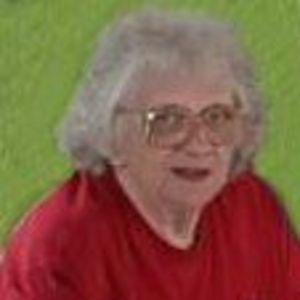