Opal Oveda (Hall) Watson, 82, daughter of Albert Milton Hall and Cora Amanda (Fertig) Hall, was born on May 21, 1933 at home in rural Ringgold Co., Iowa. Oveda passed away from this life September 12, 2015 at the Greater Regional Hospice House in Creston.

Oveda grew up in Ringgold Co., Iowa. She graduated from Benton Community High School in 1950.

She was an outstanding basketball player at Benton High School and later an all American while playing semi-pro basketball with Look Magazine in Des Moines.

Oveda was united in marriage to Lowell James Watson on February 23, 1952 in Des Moines, Iowa at the First United Methodist Church. To this union two children were born, Michael Lowell and Patricia Diane.

Along with being a homemaker, Oveda was a supervisor for Northwestern Bell for many years. She was a loving and caring wife, sister, mother, grandmother, great-grandmother and friend. Oveda and Lowell enjoyed traveling through the years.

Oveda was preceded in death by her parents, husband Lowell, four brothers and three sisters.

To plant memorial trees or send flowers to the family in memory of Opal Watson, please visit our flower store.

Patti, John, Michele, and Bill - my deepest sympathy to your family and friends of Oveda during this time. You have been a second family to me since Bill and I met in grade school and I always enjoyed stories of the time you spent at the lake with Oveda and family :) my thoughts and prayers are with you and may Oveda rest in peace.

Oveda''s family----I just saw the obit in the paper----I''m so sorry. She was always a quiet, sweet lady. You are in my thoughts and prayers. My love to all. Brenda

Patti, John, Bill, Michelle, and the rest of your family,
Our hearts go out to you at this difficult time. Please be comforted with all of the wonderful memories and cherish them forever. You are all in our hearts, thoughts and prayers. Jon and Jari

May the many years of happy memories help in the difficult days ahead. You all are in our prayers and thoughts. 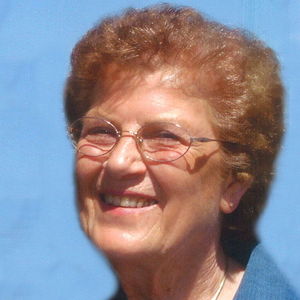