Nioma Lane, the first of three children, was born October 20, 1923 to Isaac Reuben and Almina Baker Lane on a farm 1 mile East on the cemetery road and 2Â¾ miles North of Clearfield, IA. She attended Clearfield Community Schools, graduating with the class of 1941, where she enjoyed singing and playing in the orchestra and the band. After graduation, Nioma spent several years working at the AAA office in Bedford, IA. Earl Edwin Gaule from Blockton, IA was engaged to Nioma prior to his service in World War II. Following his return, the young couple was married on August, 14, 1946 in Troy, KS. The couple purchased their first home in Clearfield at the corner of Van Buren and 5th Street and welcomed their first two children, Gary Lynn and Deanna Kay. The little family then moved to their next home at the corner of Washington and 5th Street. At this location they welcomed Alvin Eugene. Nioma was a stay-at-home mother, nurturing her family and demonstrating her caring for the church and community through her volunteerism. She was a dedicated and loving caregiver for her parents and in-laws, her husband and her childless aunts and their spouses. Becoming a grandma brought great joy to her life and she took pride in each grandchild's accomplishments no matter what it was.

Nioma was an accomplished pianist and gave lessons to many young people from the Clearfield area. She served as a pianist at the Clearfield Christian Church from 8th grade into her 60s. In 1982 Nioma was honored and proud to serve as the pianist for the Clearfield Centennial Choir. Through the years, she also ministered to many families through her music at the funerals of their loved ones. Nioma was a proud American and served in leadership positions in the local and county American Legion Auxiliary. For many years, Nioma and Earl attended the Iowa State Legion and Auxiliary conventions. She also was a member of the MLC (Modern Literary Club), CWF (Christian Women's Fellowship) and VFW Auxiliary in Creston.

A visitation is scheduled from 2:00 p.m. to 8:00 p.m. with family present from 6:00 p.m. to 8:00 p.m. on Monday, August 31 and the funeral service will be at 1:00 p.m. on Tuesday, September 1, at the Clearfield Christian Church. After the graveside services, the family will meet relatives and friends at the church. In lieu of flowers, please send donations to Clearfield Christian Church.

The family would like to thank the Clearview Nursing Home staff for their care and dedication to Nioma these past 14 years.

To plant memorial trees or send flowers to the family in memory of Nioma Gaule, please visit our flower store.

My Mother, Alfreda Sturm, thought the world of Nioma. She often said she was one of the best Christians she had ever know.

Sorry to be so long in expressing my sorrow over her death. She is one of my fond memories from the little ''pink Church''.

I am sorry for the loss of your mother. That is always so difficult no matter her age or our own age. I was surprised to think she was the last of that generation. There always seemed to be so many Gaules around that there couldn''t be an end to that generation. My condolences.

There were many wonderful family get togethers. As a kid, I always tried to convince my parents that if Aunt Nioma could have a dog in her house then we should have one also. Didn''t work. You left the world a better place. Love, Betty

My mother, Nina Gaule always would go visit Nioma when we went to Clearfield. It was a required stop. They always had such great visit with each other. Your mother shill be missed. We are so sorry for your loss. 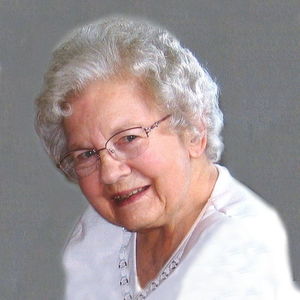