DUE TO THE COVID-19 CORONAVIRUS AND THE GOVERNOR'S PUBLIC HEALTH DISASTER PROCLAMATION THE FUNERAL WILL BE LIMITED TO 10.

Walter Neil Johnston was born December 12, 1926 in Los Angeles, California to George W. and Marjorie (Guthrie) Johnston, and passed away peacefully at Clearview Home in Mt. Ayr, Iowa on March 13, 2020 at the age of 93.  He was truly a great man, though he certainly never thought of himself as one.

Neil spent time as a youth in California and Montana until the Johnston family moved and settled on the family farm south of Mt. Ayr. He was baptized as a young man and was a member of Hickory Grove Advent Christian Church. 1Thessalonians 4:11 states, “ make it your ambition to lead a quiet life, mind your own business and work with your hands so that your daily life may win the respect of outsiders and that you will not be dependent on anybody.” Neil’s life was an example of this and of his devotion to his commitment of faith.

Neil graduated from Mt. Ayr High School in 1944. He had two nicknames that stuck with him his entire life.  Those from the Watterson area called him “Red”, because of the color of his hair and those from the Mt Ayr, Grant City, Redding, and Allendale areas called him “Gracie” because in high school he was always reading one of the Gracie Allen Detective Series books by S.S. Van Dine.

Neil was an excellent athlete.  Though he loved all kinds of sports, including roller skating, baseball was his passion.  He played high school baseball, walking the eight miles home following spring practices.  Later he played on the Redding and Allendale town teams, and even later in life he played softball with the Blockton team.  He was invited to a Major League Baseball tryout in St Joseph, MO for the St Louis Cardinals, but he was in the middle of oat harvest, and didn’t feel he should leave the farm and so turned down the offer. Airplanes were also a hobby for Neil, and in his youth he had quite a collection of model planes, as well as an extensive collection of baseball cards.

At the age of seventeen, with the permission of his parents, Neil entered the Army Air Corp after graduating high school.  Once enlisted, he was sent to Creighton University in Omaha, Nebraska for air traffic control coursework.  He served at various air bases in the States before he was sent to Iwo Jima as an air traffic controller where he remained until the end of the war.  This service to his country during World War II was a great source of pride.  He was honorably discharged in 1948. After the war he was contacted for commercial air traffic control positions, but instead chose to remain the only place he ever wanted to be: on the farm.

Neil loved his life as a farmer.  He farrowed sows and raised crops and hay, but his beef cattle herd was his pride and joy.  He always said a good cow was wide between the eyes, and a butcher calf was finished when you could set a cup of water on its back without it spilling.  He and his sister Rose, along with his brother-in-law Bus, milked Holstein cows, together building a quality herd through genetic improvements and farm management. This earned them many Swiss Valley Farms production awards.  Johnston and James Farm, the farm that Neil poured his life and energy into, has been recognized as a Century Farm.  He would be proud to know that the legacy continues, as the farm will be recognized as a Heritage Farm in another five years.

As a young beginning farmer, Neil befriended many fellow farmers in the neighborhood.  They would remain close throughout their lives.  Junior James, Lawrence James, Delbert and Joe Jackson, Bill and Les Washburn, and Jim James, to name a few.  As young men, Neil, along with Junior James and Lawrence James, bought an old Model T that they used to drive to Grant City, Missouri on Saturday nights.  The car would conveniently “run out of gas” at the curve at Jim James’s place, where they would always find five gallons of gas.

He was known by all to be hard working, decent, trustworthy, honest in his dealings, and always willing to lend a hand.  He never touched alcohol and didn’t smoke cigarettes, though he did enjoy wintergreen Skoal chewing tobacco.  His annual neighborhood New Year’s Eve parties were renowned, where he would serve fried shrimp and hand-cut French fries.  He loved chess, bridge, a domino game called 42, and a game called Pegs and Jokers. He loved a good story and a good joke, and always had a dog tagging along behind him or sitting beside him on the seat of his pickup truck. Neil liked simple things and so most of the dogs were called “Dog”.

Neil would drink coffee by the potful throughout the day, and always liked his coffee “strong enough to float a horseshoe”.  After the chores and the work for the day was done, Neil loved spending summer evenings in the yard where friends and neighbors would gather to share a meal and be together. Hard work and time spent together were important to Neil.

Although Neil had no children of his own, he was greatly admired and was a father figure/hero to the numerous nieces and nephews who either lived at the farm or spent considerable time there as they were growing up.  He was always working and no matter what time of year it was he was always in bib overalls overtop a long-sleeve cotton or flannel shirt.

Neil was a board member of the AAA, the forerunner to USDA ASCS.  He was also a member of the American Legion and VFW.  Along with other local veterans, he participated in military funerals and was active with flags at the cemetery for Memorial Day commemorations.

During the 1950’s and 1960’s, Neil supplemented his farming with bridge construction in Northwest Iowa for highways and interstates, as well as assembling machinery during the wintertime for Herman Fennema Equipment, the John Deere dealer in Mt. Ayr at the time.

In 1978 due to problems at the aging Mt. Ayr high school building, and a failed school bond vote, Neil decided to run for School Board. He was voted in, and was instrumental in changing the proposed location of the new building to its current location. He was also able to help get the school bond passed. As a result of his time and effort, his name is on a plaque which to this day hangs in the Mt. Ayr High School across from the superintendent’s office, a testament to a job well done.

In the 1990’s Neil began spending winters in Mission, TX. Quickly he became well-liked and made many new friends with other retired farmers from all over the US and Canada.  He spent time in the park at Valley Del Sol where he could play and teach bridge, as well as swim in the pool. More simple things that deepened and enriched his life.

On October 12, 2008, at the age of 81, Neil, a lifelong bachelor, was united in marriage to the love of his life, Irma Miller Huntsman.  They resided in rural Beaconsfield, where they enjoyed a wonderful life together. They played card games they both loved, they went dancing, and visited the Tingley Meal Site and the Leon Farmer’s Market.  As a couple they brought joy to everyone they interacted with and Irma loved Neil right up until he took his last breath at Clearview Home, with her right by his side.

He is survived by his wife Irma Miller (Huntsman) Johnston; sister Rose James; brother Allen Johnston and sister-in-law Sandra; and nieces, nephews, and his many, many friends.

To plant memorial trees or send flowers to the family in memory of Neil Johnston, please visit our flower store.

Miss Irma: I am so sorry for your loss of Niel. I always enjoyed visiting with you both in the Veterans Affairs office.

Gracie was one of our father, Pink Hunts, best friends. Prayers for his family.

Friends and Family uploaded 60 to the gallery. 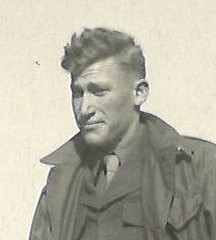 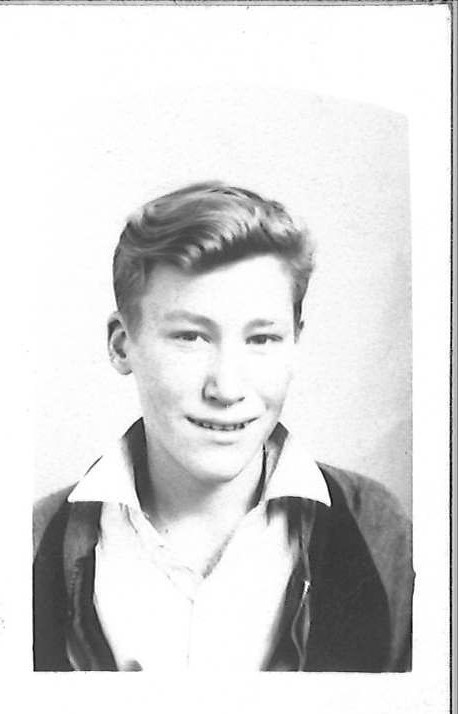