Maxine Smith Kean passed away July 8, 2013 at Mt. Ayr Health Care Center in Mt. Ayr, Iowa. Maxine was visited daily by her loving brother Paul Jennings Smith, formerly of Blockton, Iowa.
Maxine Smith Kean, the oldest child of Bertha (Jennings) Smith and Samuel Jesse Smith, was born on the family farm near Blockton, Iowa, in Ringgold County, close to the Missouri border, January 24, 1920. That same family farm is where Kirk and Susie Smith, Cora and Samuel, Maxine's great-nephew and his family live today.
Maxine was a quiet studious child who loved books. She milked cows twice a day and attended Brush College, a rural school near the family farm. Maxine rode a Shetland pony to Blockton High School. After graduation when she was only 18, she began teaching at a country school near Clearfield, Iowa and then lived in a teacherage at Lamoille, Iowa where she taught. Maxine continued her education at Northwest Missouri State Teachers College in Maryville, Missouri where she received her Bachelor Degree and then furthered her education, receiving her Master Degree in Education from Drake University in Des Moines, Iowa. Maxine taught elementary grades in the Des Moines Public Schools for 36 years, retiring in 1983.
Maxine was an active member of the West Des Moines Christian Church, enjoying the fellowship of the Church Ladies Organization and playing in the bell choir. She was also a member of the Polk County Historical Society, the American Association of University Women, West Des Moines Book Review Club, and was on the Program Committee for the West Des Moines AARP. Additionally, Maxine was a member of the West Des Moines Women's Club, Retired Teachers Association and Toastmasters. She was an involved member in each of her organizations.
Maxine and her husband Daniel J. Kean, loved to square dance and travel together. Their most memorable trip was to Ireland, where they traced Dan's lineage and met some of his Irish relatives.
Dan passed away in 1985. Maxine so appreciated the loving care he received from Hospice of Central Iowa that she became a dedicated Hospice volunteer, spending hours weekly, handwriting thank you notes for the many memorial contributions and donations received by Hospice of Central Iowa. In 1990 alone Maxine wrote well over 2,000 letters, each one thoughtfully and creatively handwritten. Maxine Smith Kean's involvement with Hospice came full circle when she entered Hospice care in July, 2013.
Maxine was preceded in death by her parents, Bertha (Jennings) and Samuel Jesse Smith, her husband Daniel J. Kean, sister Gayle Hilt, brother-in-law Edward Hilt, and niece Paula Lynette Smith.
Maxine is survived by her brother Paul Jennings Smith and wife Frances of Mt. Ayr, Iowa, niece Marcia (Smith) Allen and husband Gary of Corning, Iowa, nephew Kenneth Jay Smith and wife Linda of Independence, Missouri, great nieces, great nephews, great-great-nieces, great-great-nephews, dear friends Pam and John Duesing of West Des Moines, Iowa, and numerous relatives and friends.
Maxine Smith Kean will be remembered and she will be missed.

To plant memorial trees or send flowers to the family in memory of Maxine Kean, please visit our flower store. 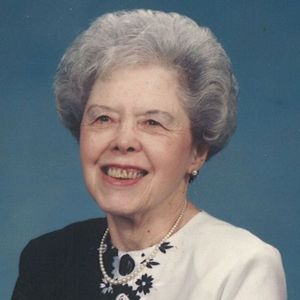