Lois Josephine Pettis Terzis, 94, passed away from complications of influenza on January 3, 2015 in Bay Village, Ohio. A native and proud Iowan, Lois was born to Bessie and Joseph Pettis on the family's farm in Ringgold County on July 9, 1920. She is preceded in death by her parents and her four siblings, brothers Clive and Otto, and sisters Alice Pettis, and Doris (Sug) Johnson. She is survived by her two daughters, Pam Caulkins (John), of Bay Village, OH, and Sandee Terzis of Santa Monica, CA as well as numerous nephews and nieces.

After graduating from Delphos High School in 1936, Lois earned her teaching certificate at Iowa Teacher's College (now UNI) and began her career in Clarinda in 1938. She enlisted with the Navy as a WAVE in 1942, trained as an aerographer and was stationed in Kingsville, TX where she met her future husband, Peter E. Terzis. After the war Lois worked for the National Weather Bureau in Washington, DC before settling in Cadiz, OH. Moving to Des Moines in 1964 Lois taught in Carlisle before joining the West Des Moines School District as a third grade teacher until she retired in 1989. At Drake University Lois completed her bachelor's degree in 1966 and earned a Master's Degree in Child Guidance in 1972.

Throughout her career Lois was an active member of Delta Kappa Gamma, P.E.O. and the Builders Class of First United Methodist Church. Known for her beautiful handwriting, she would honor friends and family members with an original poem written in calligraphy. During her retirement Lois enjoyed square dancing, playing bridge, helping out with the Delphos reunion, and, activities the Des Moines WAVES chapter.

A modest member of the "Greatest Generation," Lois exemplified her values in her daily life. She took pleasure in the successes of her family and friends and was particularly pleased to read of the accomplishments of her former students. She often shared her favorite verse: For yesterday is but a dream and tomorrow is only a vision: And today well-lived makes yesterday a dream of happiness and every tomorrow a vision of hope.

A memorial for Lois will be held on Friday, March 6th, at Wesley Acres in Des Moines.

In lieu of flowers contributions may be made to the Iowa Department for the Blind.

To plant memorial trees or send flowers to the family in memory of Lois Terzis, please visit our flower store. 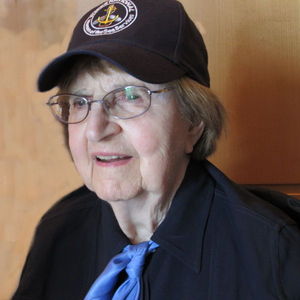