Celebration of Life and Gathering: After burial July 17, 2021 at the Blockton Community Building

On April 28, 1964 he joined the United States Army and served until April 27, 1967.  Bill was united in marriage to Patricia Lynn Jeanes on August 1, 1964 in the United Methodist Church in Redding.  To this union three children were born, Tracy, Jay, and Brian.  The family settled on a farm just north of Blockton where Bill farmed and raised his famliy.  He also worked for Taygold Coop in Clearfield hauling propane and farm fuel for many years. Bill loved hunting, tractor pulling, fishing, barbecued chicken, his family and friends.

To plant memorial trees or send flowers to the family in memory of Larry "Bill" Hunt, please visit our flower store.

Randy and I extend our sincerest sympathies to you. While we didn't have the opportunity to meet your dad, if he was anything like you in your giving, caring, laughter and grace, we were short-changed in not doing so. While he may not be with you, his love is surely left behind instead.

Dear Pat and Family, I offer my deepest sympathy to all of you. I enjoyed the video on the website. It looks like you have lots of wonderful memories to help comfort you in the future.

Many, many timeless memories from when I was a kid whether with my grandpa Orlin or dad. Many time getting rides on Tractors or his new toys as a kid, cruising gravel looking for wildlife, fishing, hunting, cooking dinners for Bill and dad, listening to Bill and dad tell stories (even though I had heard most of them 50x). Bill knew Blockton and its history more than anyone Ive ever met. He will be forever remembered as quality man that would do anything for anyone. Rest easy Friend.

Brett, I remember you coming to see my Dad. (Cutest little guy). You would be saying you wanted to go see Bill Hunt for a tractor ride. He told us that story several times over too.

Bill will certainly be missed by many. He was a farmer through and through and a real country boy. Our hearts go out to Trish, Tracy, Jay, and Brian. May your memories bring you comfort.

Can not express how "Bill's" passing has sadden all of us over here at our home in Blockton. Bill came over quite often to laugh, drink a beer, play dominoes, and maybe eat a little fish. He was a kind and gentle man, letting the boys hunt on his property and occasionally bringing out a tractor to save them when stuck. He was one of the first people to welcome us to town. His picture will fondly go up on our "wall of memories" at the house. With Sincere Sympathy - the whole "Exit 1" gang

Many fond memories of Sunday dinners at Liz and Tubs with the family after spending the night with Sally. Bill always had a smile and was just a sweet, kind man. Can't be there on Tuesday but my heart will be with you all.

Cousin Bill was just a solid guy and I always looked forward to our visits. We saw him and Pat on trips through the area, when they came out to AZ to visit us for a couple of days and at our family reunion get togethers. One of my favorite memories is visiting all of the family except James at the Grant City Nursing home while Sanford was there. We were taking a group photo and one of the ladies from the home just thought we looked like a bunch she'd like to belong with so she sidled over and stood there while we took the picture....that's why we're all cracking up laughing, you had to be there--but it was funny. Rest in peace cousin Bill, we'll see you on the other side.
Your Arizona cousin, Diane

Friends and Family uploaded 66 to the gallery. 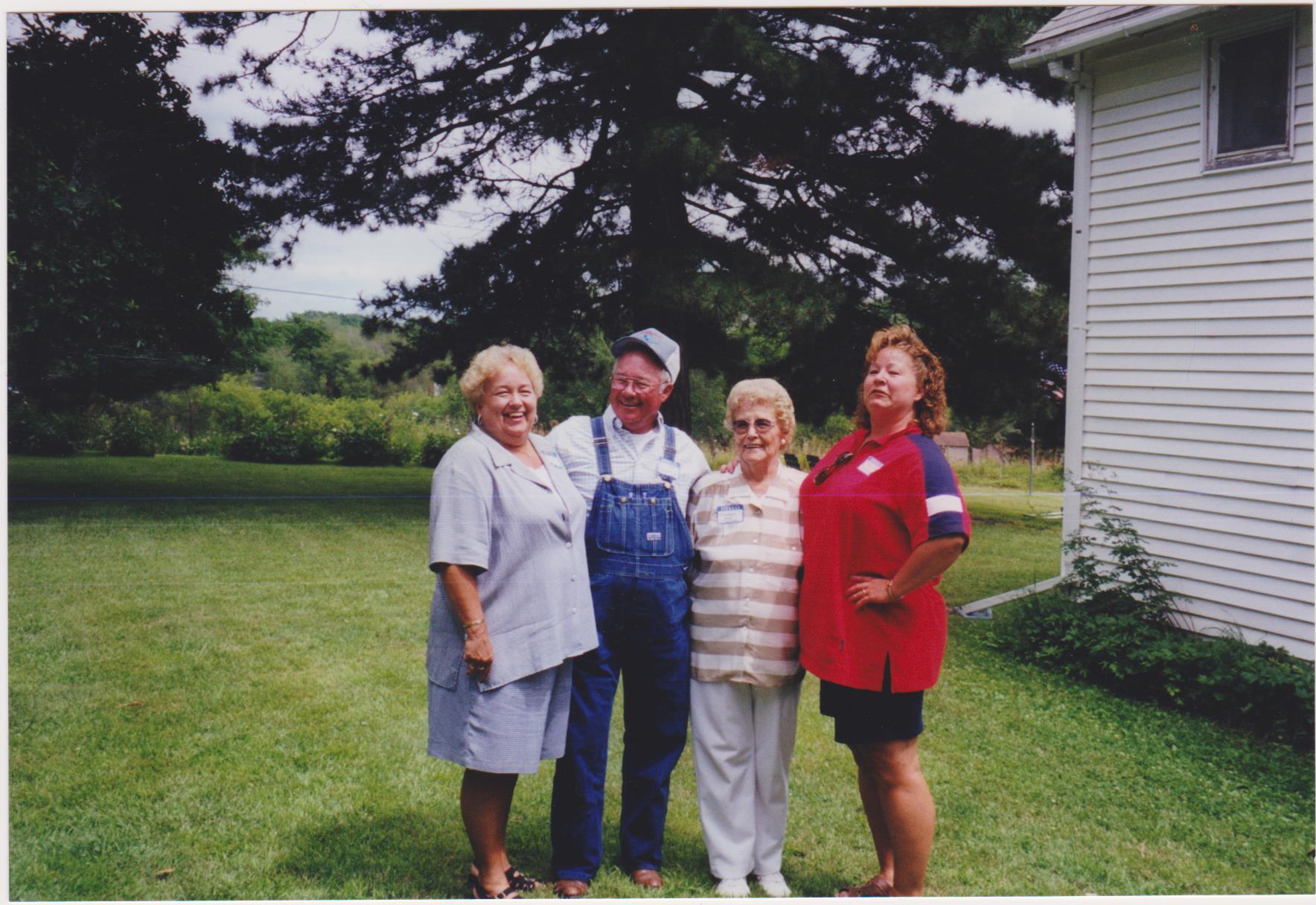 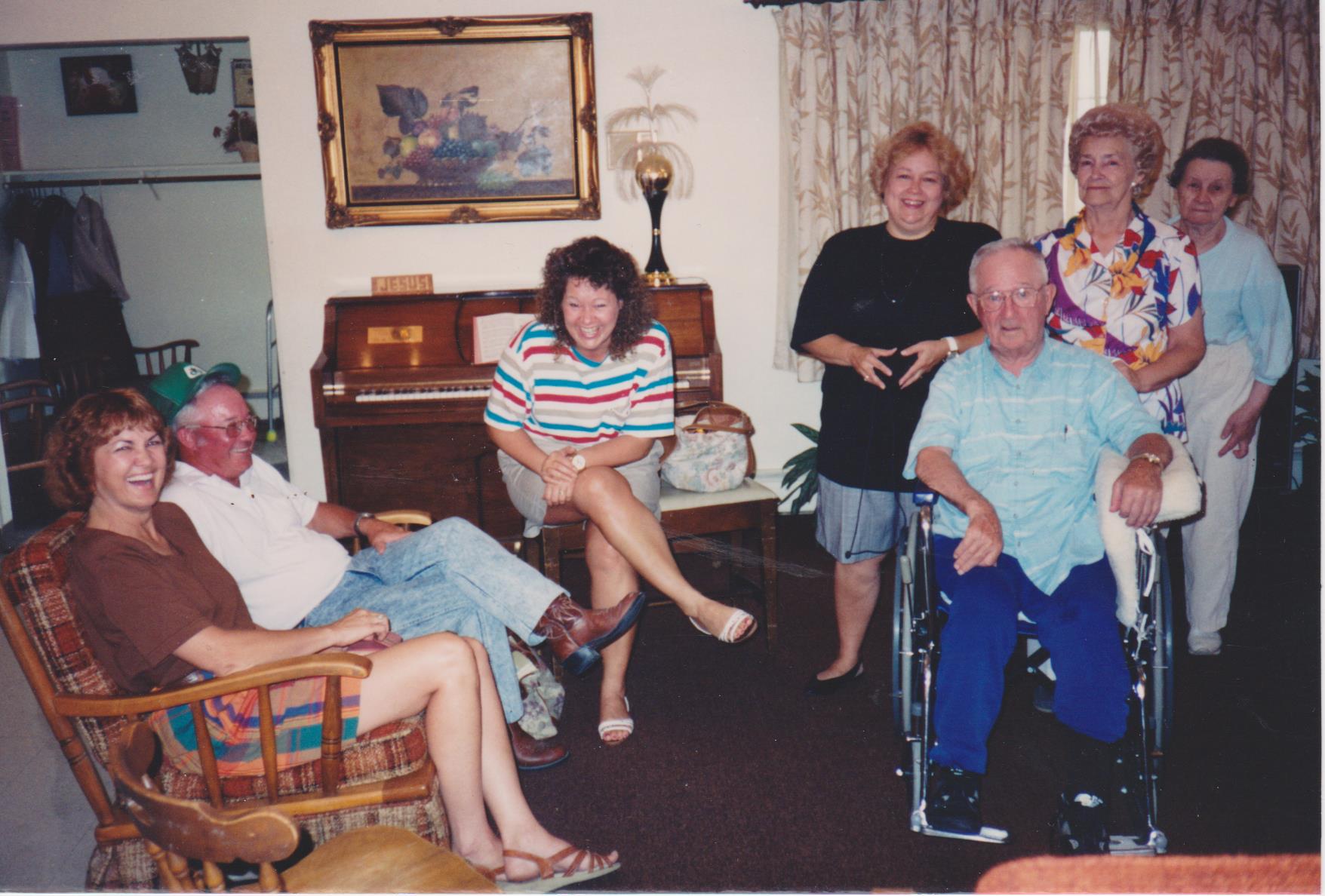