Iris Jean (Wilson) Howie was born June 24, 1926 in the family home in Allendale, MO.  She was the ninth of ten children of Bert and Bessie (House) Wilson and she preferred to be called Jean.  Jean’s formal education ended at the end of 8th grade when the high school was moved to Grant City, but her ability to outwork most people around her continued until she was 90.  A year following Virgil’s graduation from Redding High School, he and Jean were married on November 9, 1945.  They moved with Virgil’s family to Fresno, California and worked there for 5 years.  In 1950, the families moved back to the Redding area to farm.  While being the dedicated farm wife, Jean also raised and canned a big garden, raised lambs, fed, sorted and separated cattle and hogs and raised 100 to 150 chicks to butcher and freeze in the summer.  She and Virgil also raised two sons, Lanny Dean and Terry Lynn, and one daughter, Kelly Dawn and assisted in caring for several grandchildren and great grandchildren.  In 2001, Virgil and Jean moved into town and Jean began working at the Family Resource Center in Mount Ayr.  She was dearly loved and called “grandma” by all the children and other caregivers she came in contact with.  Jean worked as a caregiver there for over 10 years.

Jean was preceded in death by her husband, Virgil in 2008, her son, Terry in 2008, and her son, Lanny in 2017.  Also preceding her death were her parents, 5 brothers, Geiger, Sanford, Billy, Marvis “Bud”, and Curtis, 4 sisters Mildred Rinehart, Lora Shipley, Beulah Deeken and Margaret Burnett as well as sister-in-law Aleine (Sam) Taylor, brother-in-law Leroy (Joanne) Howie, and brother-in-law Lowell (Alice) Howie.

To plant memorial trees or send flowers to the family in memory of Jean Howie, please visit our flower store.

I was privileged to work with "Grandma" Jean at the Family Resource Center. She was loved by everyone because she loved everyone! Jean was a hard worker & never complained. Everytime I saw Jean after we had quit working she would visit & ask about my family. I will miss her but have such wonderful memories. My sympathy to all of her family.

We are sorry to learn of Jean's death. We look forward to seeing her alive again in the resurrection. Jesus promised, "Do not be amazed at this, because the hour is coming in which all those in the memorial tombs will hear his voice and come out, those who did good things to a resurrection of life." John 5:28, 29

My sympathies on your loss. Remembering Jean brought back wonderful memories of my childhood in Redding with card club and little league baseball. I remember Jean becoming quite concerned at card club once because she thought us kids were playing Black Jack. It was actually slap jack. May your good memories keep popping up and bring you comfort. Sally Saville Stephens

Kelly and family, we extend our sympathy in the loss of Jean. She was a great mother, grandmother, and friend. We are saddened that we've lost so many precious people who were a part of our growing-up years are in Redding. We praise the Lord for the influences and memories. God Bless you. Don and Edith (Olney) Hensley

Grandma Jean was special to everyone she came in contact with. She appreciated everyone around her and shared that. She especially loved all the kindness Faye and her family had for her along with other family and friends. She is at Home now and in peace but will be so missed on earth.

So enjoyed talking with Jean when she lived in her home across from my folks apartment. My condolences to the family.

Grandma Jean was truly a special, loving and kind person. I worked with her at the Family Resource Center and she could work circles around most of us that were a lot younger. She was also my neighbor and in the summer we spent lots of time together whenever we were both outside. I have a Rose of Sharon planted in my yard that she gave to me. It has always been special but will be more so now. I am saddened to her of her passing. My sympathy to all of her family. She treasured each of you.

What a wonderful picture of Jean! I will miss her calling me "kid"..she told me several years ago that she was ready to go be with Virgil, so I guess them and the boys are having quite a reunion! She was such a hard worker, and loved her family..we will miss you at church, Jean

Friends and Family uploaded 154 to the gallery. 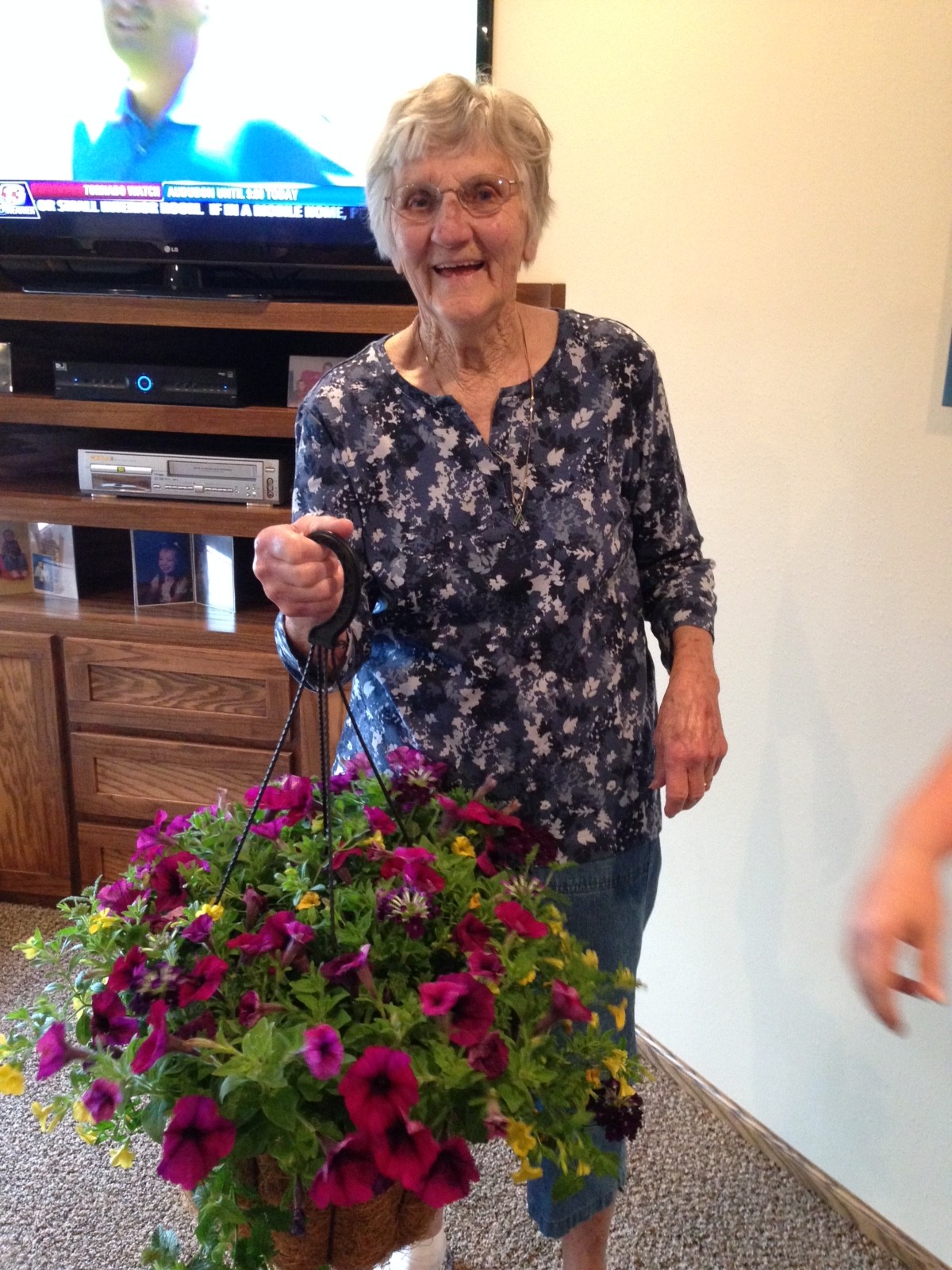 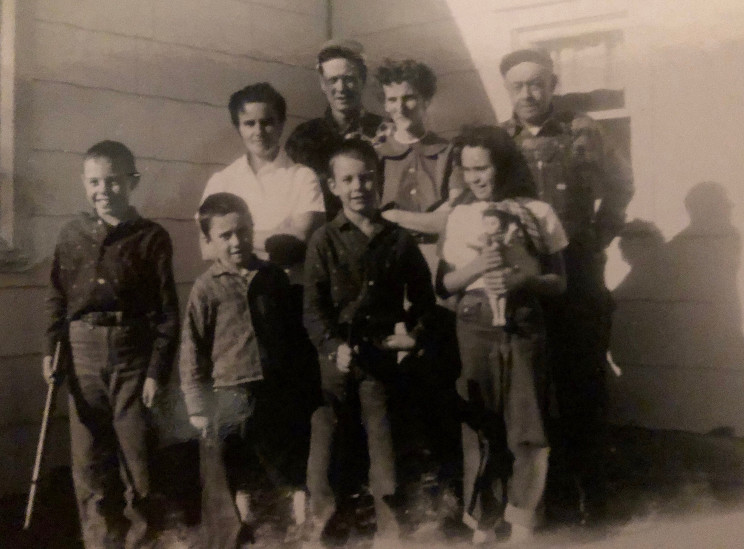