Helen Irene Bruner Lyddon was born July 5, 1919 at the Dan and Blanche Bruner farm with Mable Curry assisting with her delivery. She was the youngest of eight children. Helen graduated from Clearfield High School in 1937, teaching in the rural schools for four years. May 24, 1941 she married the love of her life, Daryl Sport Lyddon. In 1942, Daryl entered the service and served in World War II. Helen followed him when she could to Washington D.C., Florida, Washington State, and Denver, Colorado. During this time she would work at Dolecheck's General Store in Clearfield; Palais Royal Dept. Store in Washington D.C.; and Look Magazine in Des Moines, as Expirations supervisor.

Helen considered herself a "farm manager", carrying on the duties of the farm several years after Daryl passed away, and until son John could take over. Even then she continued to plot and chart the fields, driving to the farm whenever she could to check progress. She was one of the first single Iowa women to be given an award for soil conservation. The mother of a "special child" she was active in organizing the Sheltered Workshop in Creston. Helen shuttled students from Clearfield to Bedford so they could attend Special Ed cases not yet provided in Clearfield. She was the organizer and first director of Congregate Meals in Clearfield. She was an active member of the Clearfield Methodist Church, and belonged to the Order of Eastern Star.

Grandchildren and great grandchildren, nieces and nephews were very important to Helen. She loved getting ready for the holidays. Grandma's Chicken and Noodles were the best! During her later years, a quilt rack was set up in her living room, providing her hours of entertainment, and a piece of art in-between. A sweet smile on her face, Helen was a joy to be around.

Helen's final two years were spent at Clearview Nursing Home, close to the farm she loved and where she was cared for by a loving and caring staff. A life cherished and well lived.

To plant memorial trees or send flowers to the family in memory of Helen Lyddon, please visit our flower store.

I was so saddened to hear of Helen''s passing. I loved visiting with her in the nursing home during the 8 months my Momma Sharon Walter was there. Mom was across the hall and Helen and I would wave at each other throughout the night. She always had a smile on her face and so enjoyed visiting. I know how hard it is to loose our dear sweet Momma''s. Please know that our family is sending prayers of comfort and joy in remembering.

Cheryl, we were so sorry to hear about your mother. We will miss seeing her smiling face at Clearview.

Rod new Helen years before I met her 33 years ago! At first I knew her as the Amway lady, Rod used to sell her product. We spent many hours visiting about each others children. Though I only new here youngest daughter from working with her at Innovative Industries, she spoke very highly of her children and grandchildren. Helen had a big heart and loved to help others anyway she could.

Helen was one of the sweetest ladies on our block. She always had a smile for you. Even when if you were terrorizing her alley way on a bike or motorcycle. The thought of Helen warms my heart. I am sad to see such a great part of my childhood go, but am so grateful for all she left us with her kindness.

I''m so sorry to read of Helens passing!! I''ve known her my whole life and thought she was a wonderful and hard working lady! She will be missed by many...thinking of the family.

Helen was a dear friend and I did her hair for years and enjoyed all the visits we had!!!!! She will be missed so much as I seen her daily with my mother being in the same nursing home she has been in..It will not be the same up there but she is gone on to a much better home now ..loved her so much !!!!!GOD BLESS -LINDA DEFREECE

May the strength of God''s love surround you during this time. Aunt Helen is now with her husband, siblings, and parents celebrating with a big family dinner! 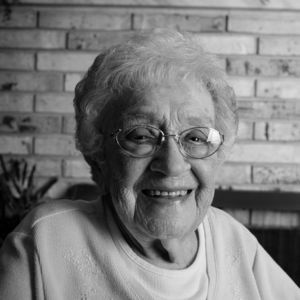