Hazelee Saxton, 69 of Mount Ayr, Iowa, died on January 9, 2015, at Clearview Nursing Home in Mount Ayr.
She was born January 6, 1946, in Shannon City, Iowa to Richard and Bernice O'Dell. She graduated from Grand Valley High School in 1964. She married Larry Saxton in 1965, having three children. They later divorced.

Hazelee had worked at Mount Ayr Healthcare Center for a few years, then Shamrock Café for a short time. She was an avid reader and enjoyed working outside.
She was preceded in death by her mother Bernice, grandparents, several aunts and uncles.

Mrs. Saxton has been cremated and no services are scheduled at this time.

A memorial fund has been established in her name to be decided later. .

To plant memorial trees or send flowers to the family in memory of Hazelee Saxton, please visit our flower store.

Hazel was in the graduating class the year before I graduated. I hope she had some joyful years with her children and grandchildren before becoming ill.

Hazelee and I started kindergarten together in Kellerton, and we graduated high school together. Her birthday was January 6, 1946 and mine was one day later on January 7. As kids, we celebrated our birthdays together at school.

I offer condolences to her family.

My sincere condolences to all of the family, remembered talking to Hazel, at my dads funeral , time certainly has gone fast. We all rode the school bus together. Our deepest sympathy.

You are all in our thoughts and prayers - losing your mother & grandmother leaves a big hole in your hearts and we pray that it will be at least partially filled by the by the memories and the love you shared with her. Big hugs & blessings -

I am so sorry to hear of Hazel''s passing. I know her quality of life has not been good, but it is still hard to lose someone you love--especially a parent. Please accept my heartfelt condolences & know that I am praying for all of you. She was a very kind & loving person. Love you guys!! Sharon 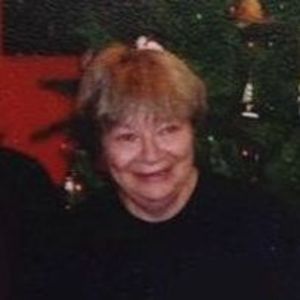