Esther R. Allen, daughter of Forrest & Millie "Lucile" (McCleary) Merrill, was born December 9, 1917 at Kellerton, Iowa. In the 1920's, the family moved to Colorado where her dad raised cattle and wheat. Esther graduated high school in 1935 at Wray, Colorado. Esther returned to Kellerton to care for her grandparents. She also worked in the local doctor's office and a grocery store.
On January 17, 1942, she was united in marriage to Clifford B. Allen in Bethany, Missouri. They moved to a farm west of Kellerton where she lived the most years of her life. In addition to being a loving wife and caring mother, Esther worked in the Ringgold County Treasurers Office and was the Kellerton City Clerk until 1982. Esther was active in the Kellerton United Methodist Church and the U.M.W. She enjoyed the neighborhood card club.
Clifford passed away on February 19, 1987. In the early 1990's Esther moved into Kellerton. In August of 2014, she moved to Monticello, Illinois to be close to family as her health declined.
Esther passed away at the Piatt County Nursing Home in Monticello, Illinois on October 21, 2014. She was preceded in death by her parents; husband; two brothers Maynard and Sam; and a sister, Phyllis, at age 3.
Those left to cherish her memory include her two sons Don & wife Ann of Grand Mound, Iowa and Dale & wife Barbara of Deland, Illinois; four grandchildren Greg, Brian, Todd, and Christy; two great grandchildren Rae Anne and Charley; brother Dean Merrill & wife Rose of Winterset, Iowa; nieces, nephews; other relatives and friends.
Memorials are to the Kellerton United Methodist Church or donor's choice.

To plant memorial trees or send flowers to the family in memory of Esther Allen, please visit our flower store.

Don & Dale -- Your mom was always willing to spend time visiting whenever Dola and I had occasion to see her. I recall the times I was a guest in your home during our growing up years. God bless. Raymond Doser.

Don and Dale -
So sorry to hear of your mother''s passing. She and mother did so many things together - clubs, church and church activities, shopping, visiting, etc. She will truly be missed.

Sorry to hear of the passing of your mother. I have fond memories of Esther and working with her in Pollard''s Grocery Store. She put up with a lot from young know it all punks like me. When the Methodist Church used to have their fall bazaar my sister and I usually tried to take it in with Mrs. Young and I would always have a short visit with Esther. She was usually tending the pies. 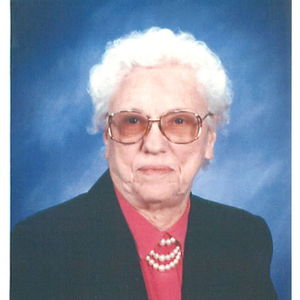