On December 24, 1958 Elmer married Lois Janette Hays and to this union two daughters were born, Debra Lynette and Dixie Lea. They later divorced.

Elmer farmed and worked with his Dad in the Baker Well Drilling and Surge Milking Equipment business. He later owned and operated Baker Burners, a business where he made wood burning stoves and also other welding and manufacturing projects.

He was a member of the United Methodist Church in Mount Ayr and Ringgold County Sheriff's Posse.

Elmer and Mary Jo retired to Mountain Home, Arkansas in 1998. Elmer did woodworking and framing. He enjoyed fishing, hunting, camping and going to the Iowa State Fair. He loved country western music and played the steel guitar.

Elmer passed away in Mountain Home, Arkansas on December 28, 2015. He was preceded in death were his parents; brother Dick Baker; brothers-in-law, Duane Triggs and Bill Webb.

To plant memorial trees or send flowers to the family in memory of Elmer Baker, please visit our flower store.

I''m so sorry to hear about your dad''s passing......You are in my thoughts and prayers.
Vonda

We will miss our friend and special person in our son and daughter in laws life. our prayers will be with the family always

Rhonda & Mick - so sorry for your loss! May God comfort your family at this time.

I was so sad to hear of Elmer''s passing ..... Just wanted to tell all of his family that you all are in my prayers during this sad time and also give my condolences to all 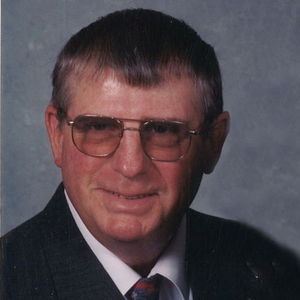