On October 14th, 1938, Dick Lee Green was born to Jacob Thomas and Neva Pearl Green near Sharpsburg, Iowa. He was the seventh of eight children and spent his growing up years on a farm west of Blockton, Iowa. During his elementary school years, Dick attended school at Athelstan, Iowa. After graduating from eighth grade, he went on to Blockton High School. There he graduated in 1957.

The summer following his graduation, Dick went west to work with combine crews in the wheat harvest. He did this for two summers. In the fall, following his graduation from Blockton High School, he attended Northwest Missouri State College at Maryville, Missouri. While there he met, and later married, Joann Ardell Akes. The couple moved to a farm close to King City, Missouri and began what would be a lifelong occupation. Buying a farm at Galt, Missouri, they relocated their young family where they remained for 13 years. The whole family was active in school, church, and 4-H activities. Wanting to be closer to aging parents and other relatives, a move was made to Mount Ayr, Iowa. All four children graduated from Mount Ayr Community High School, went to college, got married, and started families of their own.

Though he enjoyed farming his land and working with his cattle, Dick's first and foremost joy was spending time with and watching his children, grandchildren, and great grandchildren grow to become productive young adults. He was a loving husband, dad, and granddad. Family get-togethers always pleased him, whatever the occasion might be.

Dick passed away on February 9th, 2015. He was preceded in death by his parents; brother Donald Green (Roberta); brother-in-law Raymond White; and brother-in-law Leland Loghry.

To plant memorial trees or send flowers to the family in memory of Dick Green, please visit our flower store.

You have our sympathy from the Officers, Staff, and Board at Peoples Trust & Savings Bank.

I am deeply saddened to learn of Dick''s passing. I enjoyed my many farm tours and discussions with Dick over the past couple of years. I regret missing the services, but will pay my respects soon.

You are in our thoughts and prayers!

What we have once enjoyed, we can never lose. All that we love deeply becomes part of us. Please accept our heartfelt condolences to you and your family.

Many laughs and memories were made under your rooftop and may your loved ones left behind find peace and comfort in those memories. God bless you. Belinda (Green) Hess

Please accept my deepest sympathies. May the many happy and joyous memories of Dick help you through this time of pain and sorrow and bring you a lifetime of smiles and laughter.

sorry to the passing of a great man how loved the earth and farming he well be missed by all..

Triggs Family,
Very sorry to hear about Dick''s passing. He was always such a nice man. Carrol and I enjoyed visiting with him whenever he would come over. He may have been a little man in size but he made up for it in courage and in heart. It is amazing all the things he has accomplished not just with family, but in farming as well. When it came to talking about farming his eyes would light up and sparkle and the biggest smile would come across his face. He loved being a farmer. We will miss him. Hugs and Prayers, Brenda and Carrol Adams

Uncle Dick will be greatly missed by everyone, He was a good man and Loved to tell stories. 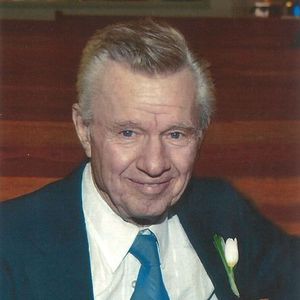