Darlene Frances (Black) Minnick was born February 26, 1930 to Frank and Harriet (Lane) Black in Webb, Iowa. Welcoming Darlene to the family were her sisters Kay, Maxine and Joyce. The girls were later joined by sister Betty.

Darlene attended school through the 8th grade. After finishing 8th grade, Darlene began her long life of working. She worked several jobs in her lifetime. Some of her many jobs included working at Lutheran Hospital in Des Moines; a glove factory in Des Moines; and O'Bryan Brothers in Leon. She also owned and operated a bar in Des Moines and D & F Bar & Grill in Kellerton.

Darlene met Edward Emmel Minnick and they were married on June 23, 1956 in Des Moines. To this union, one son, Edward Alan, was born. While always having a residence in Kellerton, Darlene and her husband Ed would travel in the summer due to Ed's construction job. Ed and Darlene lived a short time in Illinois and Des Moines but always called Kellerton home. Darlene remained a resident of Kellerton until moving to Mount Ayr in 2007. Ed and Darlene introduced their son Ed to the outdoor world spending many weekends camping, hunting and fishing.

Ed passed away March 31, 1988. Darlene still continued to fish and spend time working on jig saw puzzles, word puzzles, playing cards with family and also enjoyed going every Tuesday night to the American Legion in Mount Ayr to play Bingo. Sometimes she would get a car load of Bingo players and head to other towns to play the game as well. Darlene also enjoyed doing dancing whenever there was a dance close by.

On February 26, 1992, when Darlene turned 62, she retired, leaving O'Bryan Brothers after 25 years of service. Three days later on February 29, Darlene married Forest Overholser. They made their home in Kellerton and ran D & F Bar & Grill in Kellerton for a few years. Forest passed away June 2005.
Darlene enjoyed attending her granddaughters sporting events. She loved to go watch Kylee and Nici play volleyball, basketball and softball. Recently she started attending her great-grandsons football, wrestling and baseball games.

Darlene decided to move to Mount Ayr in June 2007 and on October 1, 2012; Darlene made her final move to the Mount Ayr Health Care Center where she passed away on January 9, 2016. While at the Health Care Center, Darlene felt it was her responsibility to take care of the people in need there. The nurses had to remind Darlene they were there to do that work and she was there to let them help her. Darlene still loved her Bingo and informed Ed several times not to come visit her on Bingo days.

Those left to cherish the memories of Darlene are her son Ed Minnick and wife Colleen of Kellerton; her granddaughters Kylee Fleharty and husband Cory of Clearfield and Nici Minnick of Kellerton; her great-grandsons Payton and Preston Fleharty; great-granddaughter Paisley Fleharty, all of Clearfield; brother-in-law's Jess Embry and Mike Been; several nieces, nephews, and friends.

In lieu of flowers, memorials are to the Activity Fund at Mount Ayr Health Care Center.

To plant memorial trees or send flowers to the family in memory of Darlene Minnick, please visit our flower store.

Always will remember Darlene and Forest living up front of our home there in Kellerton. Darlene was a good neighbor and also had a ready smile. She always had time for a cup of coffee and her and Forest were fun to chat with.

I remember her frying fish for my younger brother and his buddy Charlie when they could catch them a batch up town in the old Mosbarger pond. They were just kids at that time but Darlene or Rosemary would always fix supper with those fish the boys caught and they sure enjoyed it too.

Sorry for your loss Eddie Allen and family. Know you will miss Darlene.

Posted by linda and william smith - Summerville, SC - neighbor when in Iowa   January 17, 2016

Eddie Allen thinking of you and your family,.love Linda

Our love and thoughts are with you all.

Prayers & thoughts go out to your family in this time of sorrow. So very sorry for your loss. Darlene will be missed by all.

So sorry to hear of your loss. Darlene and I had many nice visits. She will be missed by all who were so blessed to of know her.

Our thoughts n
Prayers are with you at this
difficult time,
Brenda Osborn,
Rod n Rhett Boles

Thinking of all of you at this difficult time. May you share memories of Darlene with you. God bless. 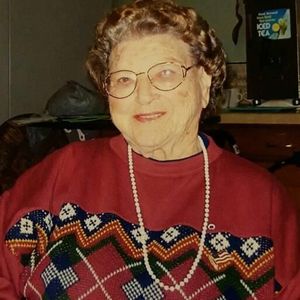