Colleen was born August 22, 1927 in Promise City, Iowa to Corydon Minor and Lora Anderson. She had six siblings: Enid, Ellis, Clare, Karolyn, Fra and Naomi (who died as an infant).

As a child Colleen was blessed with a beautiful voice. At the age of 2 she could sing 32 songs and was inducted into Ripley's Believe It or Not for her special gifted voice as the "Child Wonder". She also knew many nursery rhymes. Her Sisters Enid, Karolyn and Fra gave her such encouragement-what an accomplishment for such a little girl.

When Colleen was 6 years old her mother passed away. Since her Dad traveled for work with the Barnum and Bailey Circus as a trumpet player she spent most of her younger years growing up with her Grandma Flora and older Sisters. At the age of 16 her Dad remarried Lena Anderson. Colleen attended school in Mt. Ayr most of her school years. During her senior year she moved to be with her Sister Enid in Cleveland, Ohio where she graduated from high school.

She moved back to Mt. Ayr in 1946 and married Marvin Reynolds November 9th. They were married 27 years and during this union they had three daughters; Cathy, Carri and Debra.

In 1971 she was diagnosed with breast cancer and was able to beat the odds and continue on her journey of life.

During those years she was actively involved in the United Methodist Church, Eastern Stars, Ringgold Singers and Ringgold County Saddle Club. She was employed as a cook at the Mt. Ayr High School and worked most of her career as a dental assistant. She retired in 1994. Colleen remarried in 1994 to Duane Knight and they divorced in 2008.

Colleen spent most of her life in Mt. Ayr but once she retired she was able to enjoy several years in Phar, Texas.

In 2005 she moved to Carroll, Iowa until April 15, 2015 then moved back to her hometown, Mt. Ayr, as a residence of the Clearview Nursing Home.

Throughout her life she enjoyed many things including: crocheting, playing bridge, bowling, singing in many choirs, baking (she had the best cinnamon rolls around and made birthdays very special), shopping, walking (with her Best Friend Doris Rule), enjoying her place at the lake, spending time with family and friends, volunteer work especially for the Breast Cancer Survivor Organization in Carroll, Iowa.

Colleen loved life, family and friends and most of all God. Growing up in the depression she learned a lot of about life and what was important. She taught her family many things and one thing she would always say to her girls was, "Count Your Blessings Instead of Sheep".

A memorial fund has been established in her name to be decided later.

To plant memorial trees or send flowers to the family in memory of Colleen Knight, please visit our flower store.

Sorry to hear of your loss. She was a great lady and a lot of fun. I know how much she cherished her girls andgrandchildren. Many memories from the many good time at Ruth''s Cafe. My thoughts are with you and your families.

So sorry to hear of the loss of Colleen, we had some great times, she used to dance to our music, The family affair. She and Marvin were great dancers. Great lady, with a great smile.

Our Prayer for you that God may comfort each of you. May fond memories flow and bring a smile to your face and warm your hearts. May Jesus abundantly encourage and see you through this time of sorrow and may He draw you closer to Him as His Loving arms of grace and strength hold you close.
WE are so thankful to have known Colleen and want to thank you for sharing her as we remember times spent with your family.
With Love,
Bob, Kyla, Megan and Wyatt
McClain

So sorry to hear of Colleen''s passing. She was a joy to work with when I worked for Dr Crain and we shared a office with Dr Lawhead, She was witty and enjoyed talking with her about her life and music. Heaven got another angel. Sympathy to her family.

My heart aches for you all. Heaven has gained a beautiful voice. With deepest condolences.

We will miss you Colleen but now you are in the arms of God. You were and still are and always will be a very special lady to us. It is your time to rest your family will be fine.
A note from myself (Rose) my dear survivor sister you were so special to me to all of your survivor sisters. You will always be in our hearts and in our minds. You were a model of strength to us all. My dear sister good bye for now but we will meet again one day.
Love you always 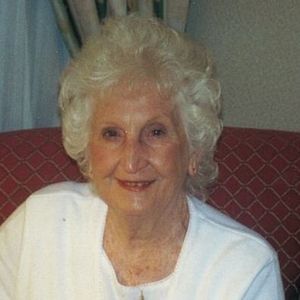