Christopher "Chris" Edward DeBoard was born May 2, 1988 at Greater Regional Hospital in Creston. He was born with an obstruction which didn't allow his kidneys to develop and had health issues his entire life. He had been on dialysis the last 14 years. He first made his "home" at the Bib Combs place east of Redding before moving to Mount Ayr in 1998 when his mother and Bill Scharfenkamp married. He was no longer an only child as he gained a sister, Mary, and a brother, Bob. A blended family has its own trials and tribulations and Chris found himself enjoying siblings and also not liking it very much. He was ready to return to Redding a month later but after learning the refrigerator had been sold at the other house and they couldn't go back there, he accepted it and never asked again.

He was a curious person and liked knowing how things worked and reading up on anything of interest to him. He had no fear of anything. On family vacations, he went hang gliding and double tandem jumping. He liked taking risks and enjoying life to the fullest. His pastimes included rap music especially Eminen; watching adult comedy cartoons, and making others smile. He was not afraid to be his own person and say exactly how he felt without any pause. Pulling pranks was his specialty. He had an infectious laugh and his sarcasm could make anyone laugh too. His favorite foods were anything he didn't have to make himself. He could argue any point and you would question yourself as to why you got involved with him in the first place.

He attended school at Mount Ayr Community School and graduated from the alternative school in Creston in 2008.  He was often his mother's favorite day trip partner as his health permitted. They spent time at parks, watching eagles fish, and going to movies. He liked spending time in Creston with his friends and playing video games with his dad.

Chris passed away October 8, 2020 at the Ringgold County Hospital in Mount Ayr with his mother present.  He is survived by his parents, Kimberly and Bill Scharfenkamp of Mount Ayr and Mike DeBoard and special friend, Ronda  and her family, of Creston; his sister, Mary Scharfenkamp of Corning; his brother, Bob Scharfenkamp and his wife, Julie, and their son, Will of Prosper, Texas; his grandparents, Linda Barber of Albany, Missouri, and Dale Olney and friend, Lu, of Blockton; his aunts and uncles, Rita Olney of Albany, Missouri; Gary DeBoard of Urbandale, Clarence Olney of Albany, Mary and Phil Dellorso and family (Sarah, Anthony, Eli and Mikaela) of Huntsville, Alabama; Anne and Tom Giest and family (Sam and Julia, and Ben) of Goodlettsville, Tennessse; his cousins, Ashly Johnson and family, Andrew DeBoard, and Jennifer and Justin Tingwald and daughter, Josie, all of Des Moines; special friend, Brad and Sonya Scadden and family of Creston, and a host of extended family and friends

He was preceded in death by his grandparents Frank and Joyce Hale DeBoard and Glen Barber, three aunts, Debbie DeBoard, Frankie Johnson and Judy DeBoard.

He has left a void in our hearts but we know he is safely home and free of pain.

Memorials are in his name to be decided later.

To plant memorial trees or send flowers to the family in memory of Christopher DeBoard, please visit our flower store.

Chris was one my best friends he always made me smile. I will miss him so much. I loved him so much. If I was having bad day he would argue with me to make me smile and get me out of my bad mood. I know we will be together again one day. At least I know he's not in pain but he probably strike me with lightning but oh well heaven gained great angel. Chris say hello to frank and Frankie join them on there cloud in heaven and remember we all love u. I'm so sorry for the family's loss

Sorry Kim and family for your loss. May you enjoy happy memories and smile with hope until you meet again.

I would like to wish my condolences to the family.i knew Chris what a great guy he was.

My deepest sympathy to you, Kim, and all your family. I know he has suffered for years and I am glad he didn't let it stop him from enjoying life as much as possible. Hugs to you!

I really enjoyed Chris when we had him as a student at Leon.He was such a kind and caring person. A memory I have is that had been sick and not able to be at school. Chris took time to stop by the house after school one day to see for himself that I was alright because he was worried about me.He later told me he had walked home that day since he had missed the bus. It meant a lot that he cared that much to check on me.

While Im comforted knowing he is no longer suffering, I'm still sad knowing I wont get the chance to argue with him again or hear his quirky flirtacious pickup lines or raunchy memes sent. We didnt always get along. I never shied away from putting him in his place whenever he stepped out of line and never gave him a free pass because of his health issues,which people often did. He knew this & would purposely test people to see what he could get away with. I think he appreciated the fact I didnt treat him differently. I actually listened and held meaningful conversations. He was often seen by some as odd. His mind was much more advanced than most and they didnt take the time to appreciate that. That was their loss, had they taken the time and looked past what they saw as odd, they wouldve seen a very intelligent, insightful, curious man. They could've learned alot from him as well. He had such an extensive, expanded vocabulary and spoke on a much more advanced level than most and that led to misunderstandings. Many times I found myself interpreting for him to quickly calm a tense situation that would come from one misunderstsnding his words or feeling like he was talking down to them. Then other times I knew he was doing it on purpose to them and they didnt even realize what he was doing. His mind was VERY sharp. Conversations could go on for hours and on a very deep level too. You always found yourself reflecting upon the conversation well after it was over and pondering the depth of his words. I always "mother henned" him about his car and how he needed to take better cAre of it and be careful who he let use it. He was always shocked whenever I would return it cleaned and with gas. Alot of people took advantage of his kindness. I always thought it was so beautiful to observe him and his thoughts and views on life. They werent what I wouldve thought them to be given his circumstances. I wouldve probably wollowed in self pity and been angry had it been me in that condition. Not Chris. He never showed anger or wanted pity. Only a couple of times did I see him get irritated with dialysis nurses when he was in pain and they werent listening to him and poked him too many times. He always had a sense of humor and was usually always up to some mischevious prank to make someone smile. He always came over to play my kids piano and we lovingly named him piano man. Benny & the jets was a tune he "accidentally"played often. He was actually pretty good at it too! Ive never seen someone with so many odd trinkets and magnets to go miles!! I wish I wouldve made it to visit him again. Im very sorry i didnt get the chance. Thank you for being my friend Chris. Your beautiful soul is free of suffering and you've gained your wings. Fly high my friend, til we meet again.......

Sorry to hear of your passing Chris! You were a true friend to my brother and will be missed dearly by all! Rest In Peace and fly high buddy! 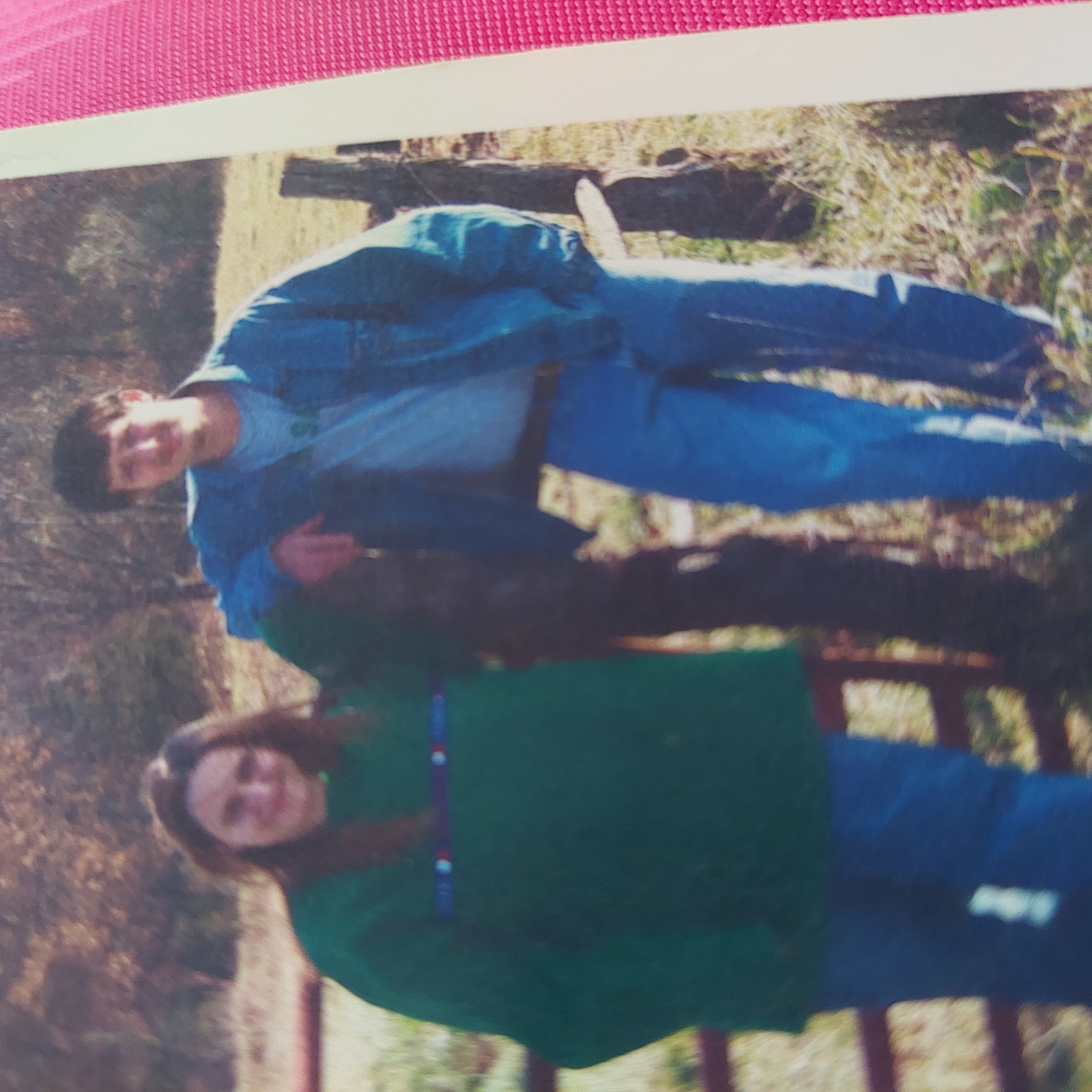