Bill lived his entire life in Diagonal. Due to his mother's arthritic health issues, his "Granny" Emma Johnson lived in their home and took on much of the responsibility of caring for Bill. He graduated from Diagonal High School in 1947. During his high school years, he was an all-state basketball player (1947) and played in the state tournament in 1946 and 1947. He was recruited to play basketball for Drake University where he attended for one year. He then returned to Diagonal, and married Joan Woosley on June 22, 1948. He worked in his father's produce business until March, 1949, when they moved to the country, where he farmed and had a dairy operation and lived the rest of his life.

Bill served as a respected member of the Diagonal Community School Board for many years. He was also Sunday School Superintendent and a Lay Speaker for the United Methodist Church in Diagonal. He was a Jefferson Township trustee and served on the ASCS County Committee.

Bill was renowned in the area for his knowledge of Indian history and collected Indian artifacts. He spent a lot of time hunting for them with Joan and the four boys. He also loved to cut and polish rocks. Bill loved to fish and always looked forward to the annual fishing trip with family in Minnesota. Bill was a frequent Dairy Queen customer, as a chocolate malt with double malt was one of his favorite foods. He was also an avid Iowa Hawkeye fan. Most of all Bill, enjoyed being with family, the many holidays spent together, and the annual 4th of July fireworks celebration held at the farm. The importance he put on being a family is a gift left for all of his family.

Bill will be remembered for his quiet sense of humor and love for his family and community.

Memorials are to the Diagonal School; United Church of Diagonal; Knowlton Cemetery.

To plant memorial trees or send flowers to the family in memory of Bill Goodale, please visit our flower store.

I will always remember the wonderful times I had visiting summers with Bill and Joan and the boys. Bill was one of the most patient men I have known.

Most people do not know that in the years I lived in Diagonal I remember three main celebrations. One was the ending of WWII, the second was in 1946 or 47 when Bill scored ten points in the last couple of minutes to win a basketball game against Mt Ayr. In those days when Diagonal played Mt Ayr the gym was packed and people were standing outside and people standing in the doorways told them what was happening. For the next week all anyone talked about was Bill''s performance in that game. The only difference between that and wining WWII was they did not ring the churchbells. The third was honoring Doctor Watson. Hate to see you go Bill but in your days on this earth you had quite a run and Annie and I want you to know how much we valued Joan and your friendship and all the things you did for Annie and Jeff during the thirty-three months they lived in Diagonal while I was in Vietnam and training..

Mary Ann and I are so sorry to learn of Bill''s death. While we do grieve and express our sympathy, we cannot possibly understand how tremendous your grief and loneliness must be. Please know that you and your entire family will be in our thoughts and prayers as you pass through this life-changing event. Memories are precious; cherish them and keep them close to your warm hearts.

One special memory I recall (and quite often) was Bill and Joan''s agreement to be sponsors of our MYF group. I''d guess I was age 10 or 11.(1950-1951) We had a fair sized group and Bill and Joan were excellent leaders in fun and worship!

So sorry to hear of your grandfather''s death. My thoughts and prayers are with you and your family during this difficult time.

Dear Jo and family: We always enjoyed coning to visit when we could which was not as often as we would have liked to. You and Bill always made us laugh about some things going on in each others lives. I am sure he will be missed greatly but it comes a time to all of us. We hope all of your good memories will help you through this sad time in your lives. This is such a good picture of Bill on this website, Love to all from our family. Don and Audrey Johnson
8Z13H

Many good memories of Bill & his family. Our kids and grandchildren were good friends. We had fun times with Bill and he made school board convention a fun time for all. Such a good man, interesting and great sense of humor. My sympathy to Jo and family. He will be greatly missed! 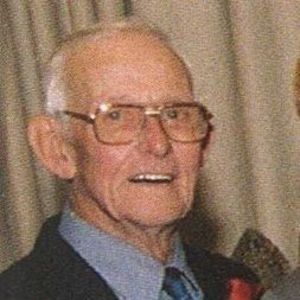