Patricia Ann Dowell Sobotka was born at home south of Diagonal, Iowa in Grant Township, Ringgold County on January 20, 1933, to Irven Charles Dowell and Edna Jane (Perkins) Dowell, the youngest of six children. In 1937 the family moved to a farm east of Diagonal where she attended country school at Fairview school until 5th grade and then attended Diagonal school where she graduated in May 1951.

She was married to her high school boyfriend Wallace Sobotka on December 16, 1951. They lived in Des Moines where she worked at Homestead Life Insurance Co until Wallace was drafted into the Army and she went to be with him at Fort Riley, Kansas and then Baltimore, Maryland. When Wallace was sent to Germany, she moved back to Iowa to stay with her parents. Their first child, Nancy Kay was born on February 23, 1953. Wallace was discharged from the Army, returning to Iowa in February 1954. They then bought their farm north of Benton. On August 24, 1955, their son, Steven Edward was born.

Patty was a stay-at-home farm wife raising a big garden, canning, baking, and sewing for her family. Patty was well known for her pies, kolaches, sugar cookies and cinnamon rolls that she happily shared with everyone she knew. She also blessed many people with baby blankets, pillowcases, tea towels and quilts. She enjoyed taking her garden and sewing projects to the Ringgold County Fair and was very proud of the ribbons she won.

Patty and Wallace were happiest working on the farm, but enjoyed trips to Canada, Colorado, Oregon, and Virginia Beach.

Patty passed away on August 2, 2021, at Clearview Estates in Mt. Ayr, enjoying Bingo, jigsaw puzzles and her friendships with the other ladies right up to her last moments. She was preceded in death by her husband Wallace; parents, Irven and Edna (Perkins) Dowell; her parents-in-law, Andrew and Eva (Driskill) Sobotka; her brothers Iven and Donnie (Evelyn) Dowell; sisters Mary (Ralph) Stevens, Betty (Don) Trimble and Marge (Dick) Yashack; brothers and sisters-in-law Elbert, Bernard and Charles Sobotka, Carrol Strange, Darland McGinnis and Maxine (Bill) Myers; her son-in-law Rudy Saville, her nephew Ronald Yashack and niece Leesa Craig.

A memorial fund has been established for the Bohemian Cemetery, Diagonal, Iowa.

To plant memorial trees or send flowers to the family in memory of Patty Sobotka, please visit our flower store.

I'm so sorry to learn of Patty's passing—the last of my dad's (Jake Phillips) first cousins that I know about. Such a charming woman. I have always kept in touch with Patty.

What a wonderful display of photos and the video, detailing Aunt Pattys life and the many chapters that unfolded through her life with parents, siblings, with Uncle Wallace and eventually with their children, grandchildren and great-grandchildren.We are very sorry we cannot be present for Tuesdays celebration of Aunt Pattys life, but we will be there in spirit. Our condolences to her entire family.

I was so sorry to hear of Patty's death. I enjoyed visiting her and Wallace on the farm and then in Clearview Estates. She always sent me home with cookies, jam or a crocheted dishcloth. And she wrote the best letters--I'll miss her.

Nancy, Steve, and family, Sending our sympathy, love and prayers. I knew Patty when we went to country school- I was south at Star Center with cousin Wallace but we knew all Fairview kids. Cousin Bertha was the teacher for 3 years and stayed with Aunt Mary and Uncle Lewis, three years of high school and then welcomed her into the Sobotka family. She has been so good to keep in touch. I'll miss her beautiful letters and our phone calls and her laugh. Our son Gary remembers her as a"real nice lady" when he spent an overnight with you Steve when he went to School in Diagonal for 3 weeks when we came back from Germany. My parents were Aunt Matilda and Uncle David Jezek. Sorry we can't be present but are in Spirit. Mary Margaret and Phil Stamper

Aunt Patty will be greatly missed, she was my mother's youngest sister and the last of my Aunts. I still have the quilts she made my two kids when they were born. My daughter took her first steps in her living room on the farm when we came to pick up her older brother that had been staying a few days with her and Uncle Wallace. You have earned your peaceful rest!!

Nancy, Steve and Cyndi, Family and Friends - Like so many, I loved Patty! I have so many memories of her during my life. She and Wallace always drove by and stopped to see how Tony was. Most times she had soft cookies for him. Over the past year, I enjoyed visiting her by phone. Last year, I got a kick out of her sending me a notecard telling me she loved Tonys trapping book and had started reading it for the second time. She had Nancy and Cyndi send me a weekday-set of her embroidered towels, as I had worn my moms out. I use them everyday. I hope you find comfort in knowing shes with your Dad now. She told me more than once she was lucky to have been married to the love of her life. Rest in peace together again, Patty and Wallace!

Friends and Family uploaded 326 to the gallery. 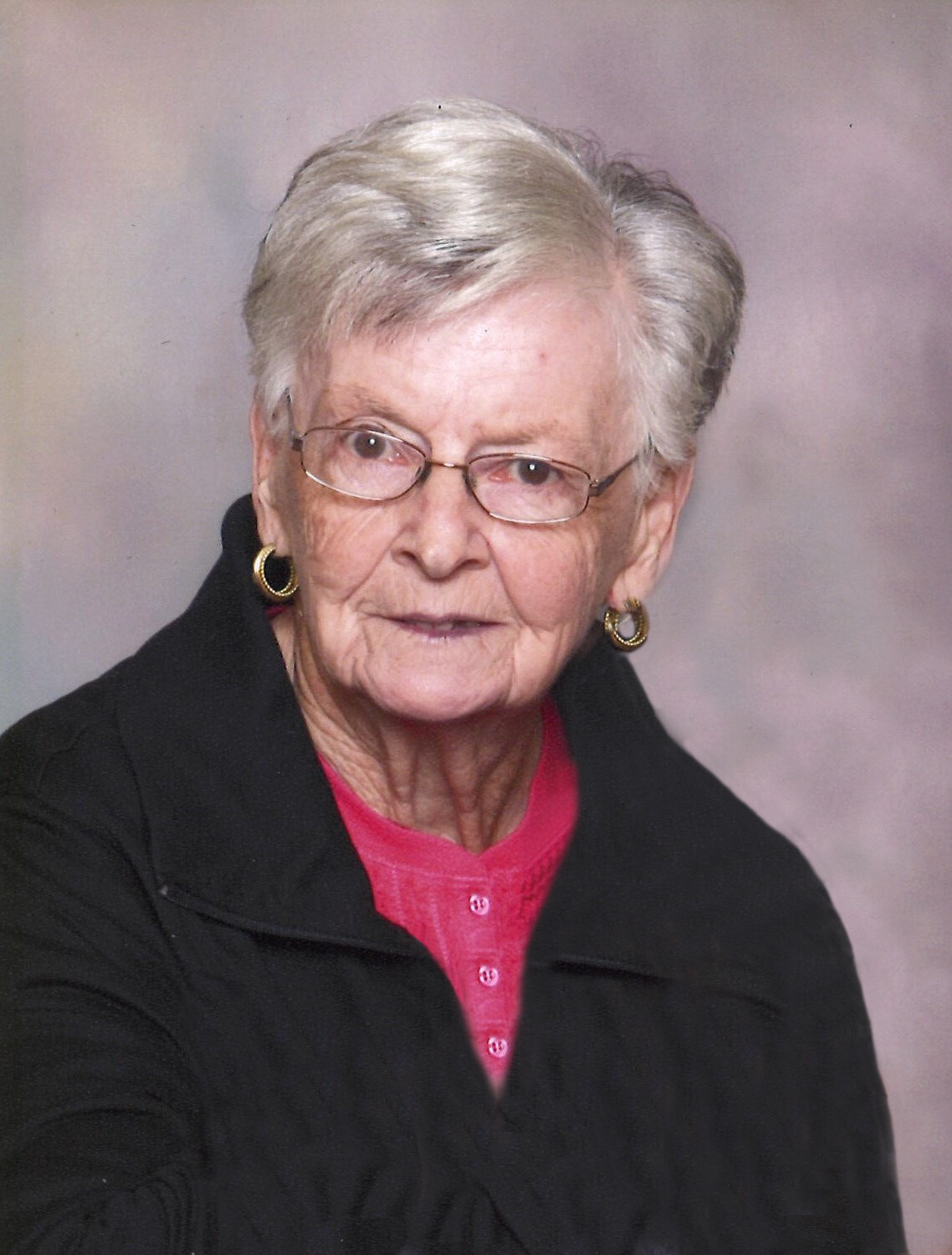 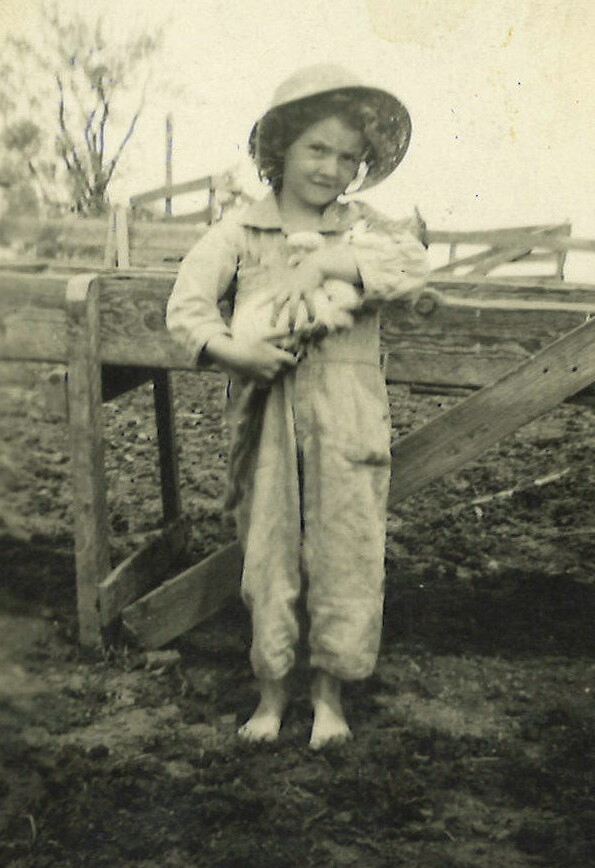